GOTS is the procurement standard of choice 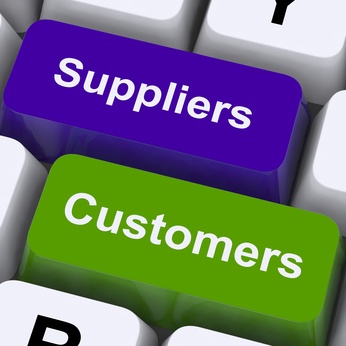 Leading organizations like Greenpeace International and Swiss Olympics have adopted GOTS as the gold standard for their natural fibre product procurement policies.

Greenpeace International, known for its intense scrutiny of the international textile industry’s processing practices as part of its Detox Campaign, announced its cotton-based “Textile procurement policy” on October 12, 2012.
It calls for all cotton-based textiles purchased by Greenpeace International (including T-shirts, sweatshirts, trousers, and bags that can be used by volunteers, activists, or staff within the organization), to be made from 100% organic, fair-trade raw materials and to have GOTS or equivalent certification.

Swiss Olympic, the umbrella organization for the Swiss sporting associations and National Olympic Committee announced its “Guideline on Textiles” in 2011 and updated the guideline in 2017. The German language versions of the guideline "Richtlinie Bekleidung genähte Produkte" and further detailed information "Informationen Richtlinien" are also available for download. The policy calls for products containing more than 75% natural fibres to be certified according to GOTS or an equivalent. It also calls for factories to be in “low-risk” countries or be certified to SA 8000 labour standards, and the natural fibres must be certified to the FLO Fair Trade Standard or the equivalent.

In addition, the the U.S.-based Natural Resources Defence Council highlights GOTS in its discussion of how textiles companies are reducing their impacts on the environment. The organization notes that “GOTS standards are also crossing over to conventional clothing. As companies attempt to get a handle on their suppliers and maintain quality control, the list of environmental criteria is coming in handy. While consumers won't see a GOTS tag on conventional cotton jeans, some companies are asking suppliers to use only GOTS-certified dyes and chemicals on conventional cotton clothing.”